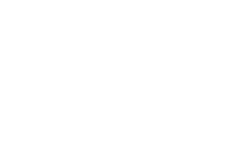 History of the Inn

The Innsbruck Inn at Stowe has been in operation since 1972. The history of the inn, however, dates back to 1963, when Jean-Louis & Lucille Drolet, both avid skiers, fell in love with Stowe and the surrounding mountains, and purchased the streamside property after several visits.

The Drolets, who originally moved from their home in Quebec City, Canada to build and operate a hotel on the New Hampshire coast in 1960, decided to build a winter house on the property in 1965. After watching film clips of Stowe’s own Billy Kidd winning USA’s first Olympic silver medal for skiing in Innsbruck, Austria, the Drolets became enamored with the architecture of that country, and decided to build their house in the style of an Austrian ski chalet. The Drolets rented the spare rooms in their chalet to weekend skiers who also came to enjoy the skiing and natural beauty of Stowe. At the time the Chalet was called "The Innsbruck Schlossl", and one of their first guests, Dolores & Joe Palme, of Connecticut became longtime friends.

In 1972, Mr. Drolet continued the Austrian alpine theme when he built the Innsbruck Inn at Stowe, a 20 unit resort inn. The style used in both the exterior and interior of the inn was meant to replicate the look and feel of a classic ski lodge in the Austrian Alps.

From 1972 until 1980 the inn was open during the winter, summer and fall months. Winter ski season was however the primary season.

In 1981, Mr. Drolet’s son, Jean became General Manager of the Innsbruck Inn at Stowe. Over the next several years renovations and improvements were made to the property, including the addition of the spa, efficiency suites and upgrades in the rooms and landscaping, all of which lead to certification by the American Automobile Association.

During it’s 30+ years of existence, The inn has hosted generations of vacationing families, couples, world class athletes, the US and Canadian Ski teams, Harvard University and Bowdoin College student/athletes, as well as respected companies such as Nokia Communications and the Raytheon company.

Today, the inn is open year round and guests continue to enjoy the comfort and hospitality that the Drolet Family has been providing since 1965. Improvements and renovations continue annually, and return guests are always commenting on the high quality of their experience.